VSN, a global leader in software solutions for Media Management and Workflow Automation, has announced the recent addition of the U.S. company TeQdyne as an official representative for the Mid-Atlantic region of the U.S. 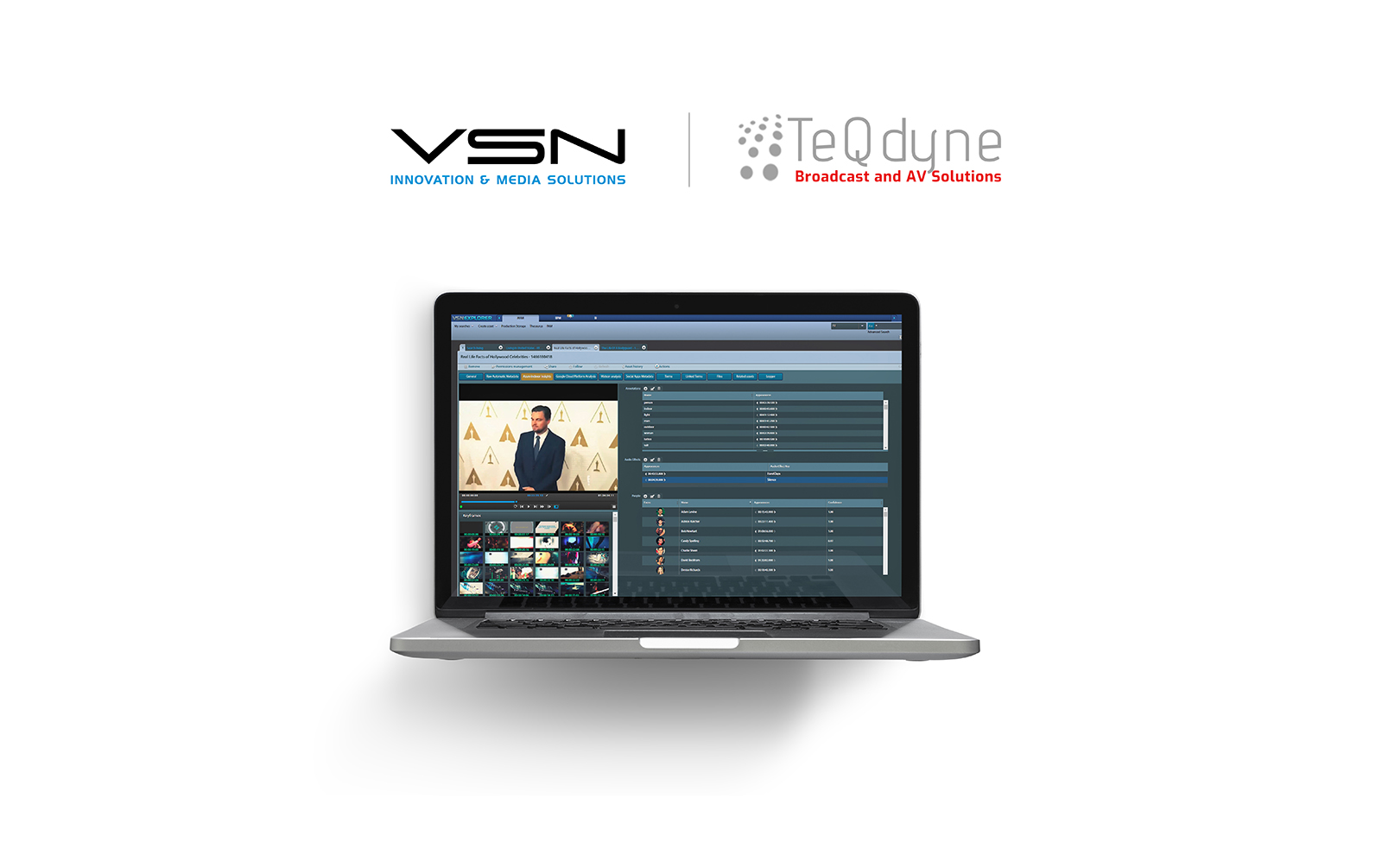 Mr. Kévin Thompson, CEO at TeQdyne, states: “It is very exciting to be involved with a company that truly understands the content supply chain and interoperability.  Today’s video and audio content comes from a variety of sources and may end up playing out on a television network with global reach or being viewed on demand on a single mobile device. VSN has thought through the ingestion of content to media asset management and finally to play-out on any destination, anywhere on any device. As terrestrial broadcasters in the US continues to evolve toward taking advantage of ATSC 3.0 as well as leveraging the distribution potential of 5G and embracing what OTT has to offer the advantages of working with VSN are tremendous.”

VSN, headquartered in Barcelona (Spain), has more than 30 years of experience in the Broadcast industry and a widespread network of partners and offices all around the world in Madrid, Montevideo, Miami, Hong Kong and an R&D center in Alicante. To date, it has deployed projects in more than 100 countries, helping companies to maximize their performance within a wide range of businesses, including broadcast & media companies, private corporations, sports venues and educational institutions.

Its flagship platform, VSNExplorer, allows users to effectively manage their media and automate their workflows either on premise or in the cloud, allowing a facility to optimize their efficiency and develop their daily tasks faster. VSNExplorer is an open-ended solution comprised of several optional modules: MAM for media management, PAM for production environments, BPM for workflow optimizations, Business Intelligence for data analytics, and Wedit, for low-res web video editing in the Cloud.

Douglas Wynn, Sales Director for the North America region at VSN, comments: “It is great to be working with Kévin again, and to have the TeQdyne team on-board with VSN.   Kévin’s knowledge of broadcast workflows, infrastructure, etc. make him ideally suited to represent VSNExplorer series of MAM/PAM solutions in the Mid-Atlantic region.”

Mr. Kévin Thompson has been in the video systems industry for over 30 years. Thompson started his career with Midwest telecommunications, then created his own broadcast direct rep company, Atlantic Broadcast Communications, representing several major manufacturers. Shortly thereafter, Atlantic Broadcast merged with Audio Fidelity Communications Corp. and the beginnings of what would grow to become the Whitlock Group, where Mr. Thompson was president for many of the company’s formative years.

This website uses cookies to make sure you get the best possible user experience while browsing it. Learn more