Broadcast and media industry software company VSN has announced that the Georgian TV channel Formula TV has chosen an End-to-End solution entirely composed by VSN systems to cover its entire news production workflow, as well as the channel’s automation and distribution workflows. 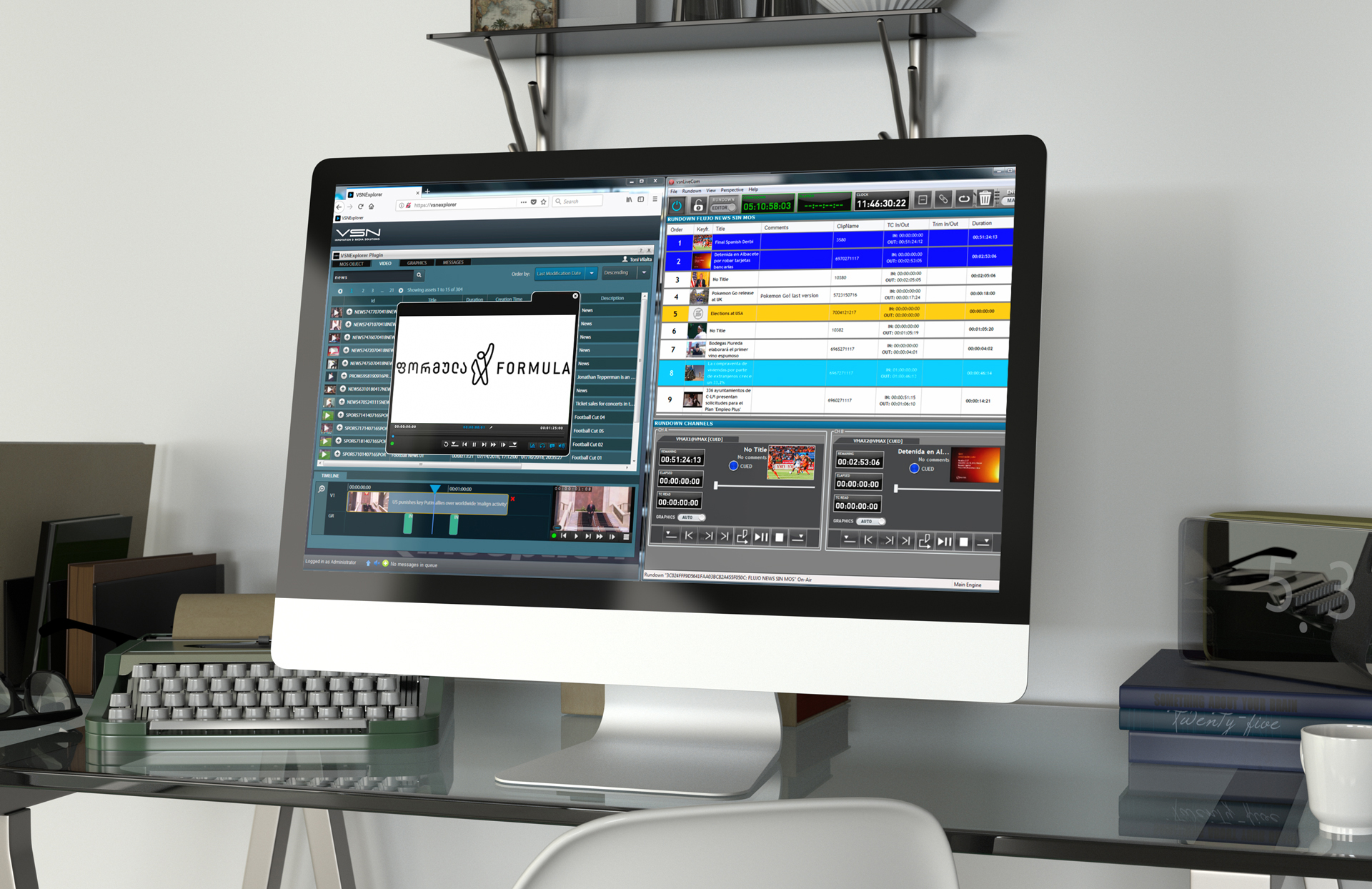 The new Georgian Formula TV channel, which started broadcasting in October 2019, was created by video and TV show production company Formula Creative. The main goal of this project was to enable the Formula TV’s team, that previously produced a very successful media content for another TV channel, to maintain the audience rating they had on the former channel.

For this, the TV channel required a flexible solution that allowed journalists to produce news quickly from anywhere in the world. As a result, the company chose to acquire VSN NewsConnect, the first web plugin of a MAM system that brings together all the tools required for news production, making them all accessible from a single interface.

VSN NewsConnect will allow Formula TV to access through their NRCS interface the VSNExplorer platform, particularly, its Media Asset Management (MAM) and Production Asset Management (PAM) modules, that will be used to manage the entire media lifecycle of the company and organize their production work environment. In addition, VSN NewsConnect will also integrate Formula TV’s NRCS with the studio playout VSNLivecom and the vdcp VSNOneTV, which in this case will be used both as a video server and as a graphics’ engine, enabling journalists to work with graphic templates, to add them to stories and see a preview of what the video looks like with graphics, all from the NRCS interface. In addition, it will also be deployed as a MCR automation system, including a redundant configuration, based on VSNOneTV CIAB. The solution also includes VSNAutorec, a video ingest solution that guarantees reliable content ingest from any available source.

For content planning and distribution, Formula TV also chose the new HTML5 traffic and scheduling system, VSNCrea. On top of that, the installation will comprise VSNBroadrec, a highly reliable multi-channel ingest server system for monitoring and legal recording. Finally, the whole project will be completed with a Dell EMC Isilon shared content storage and a DAC ALTO archiving solution.

In conclusion, VSN’s proposal offers Formula TV a seamlessly integrated workflow that makes the journalists’ daily work easier, enabling them to quickly produce news pieces and publish them all from one centralized interface.

For us it was a big honour to be awarded this project by a company of such talented creative professionals in media production, as is Formula Creative, who remains a leader on Georgian market of News production. We’re offering compact and future-proof solutions with a wide range of capabilities to work with media practically from anywhere and the added advantage of using VSNOneTV for graphics in News production. Major ingest and playout parts of the workflow have COTS compatible architecture, which translates into more efficient cost of ownership and support costs, says Sergey Pribyl, EMEA Sales Manager at VSN.

For more information about VSN solutions, visit the website https://www.vsn-tv.com/en/ or contact the sales professionals through the email address sales@vsn-tv.com.

This website uses cookies to make sure you get the best possible user experience while browsing it. Learn more